State of the Arts

This report presents the findings from an online survey of those in the creative sector in Waikato, between September-October 2021. There were 96 respondents from Waikato and the results from those respondents are discussed below.

From the Waikato State of the Arts Survey September – October 2021 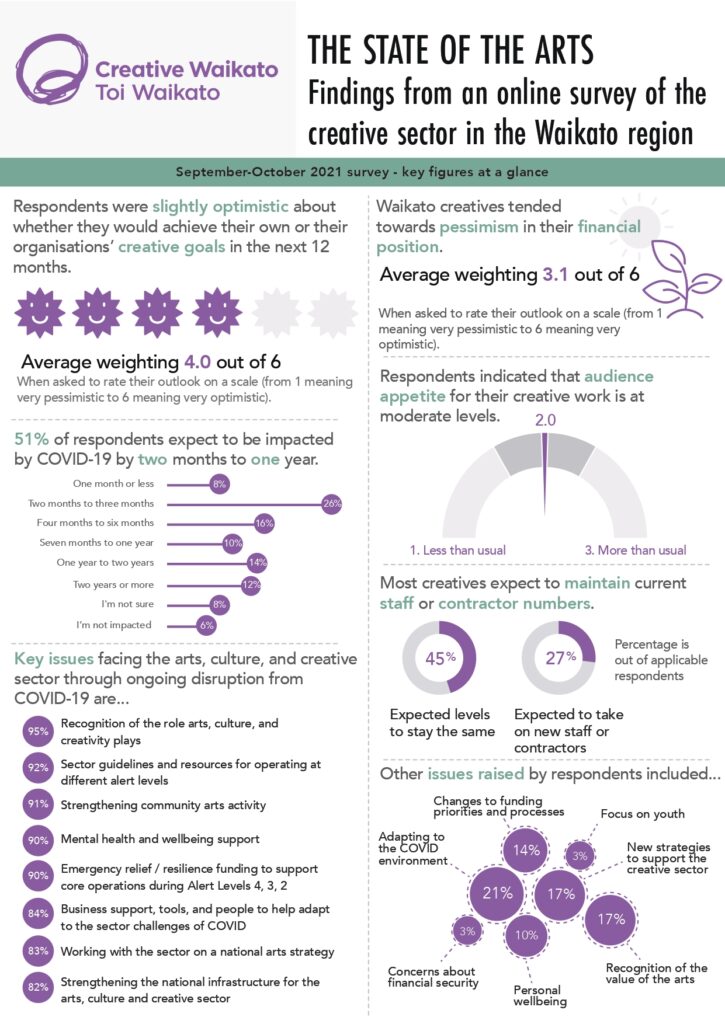 From the Waikato State of the Arts Survey September – October 2021

Qualitative themes that emerged from respondent feedback included the following:
• Adapting to the COVID environment
• Suggestions for new strategies and approaches to support the creative sector
• Greater recognition of the value of the arts
• A call for changes to funding priorities and processes
• Personal wellbeing

DOWNLOAD FULL REPORT AS PDF
BACK TO STATE OF THE ARTS