State of the Arts

This report presents the findings from an online survey of those in the creative sector in Tāmaki Makaurau, between September-October 2021. In total there were 159 respondents from Tāmaki Makaurau and the results are discussed below. 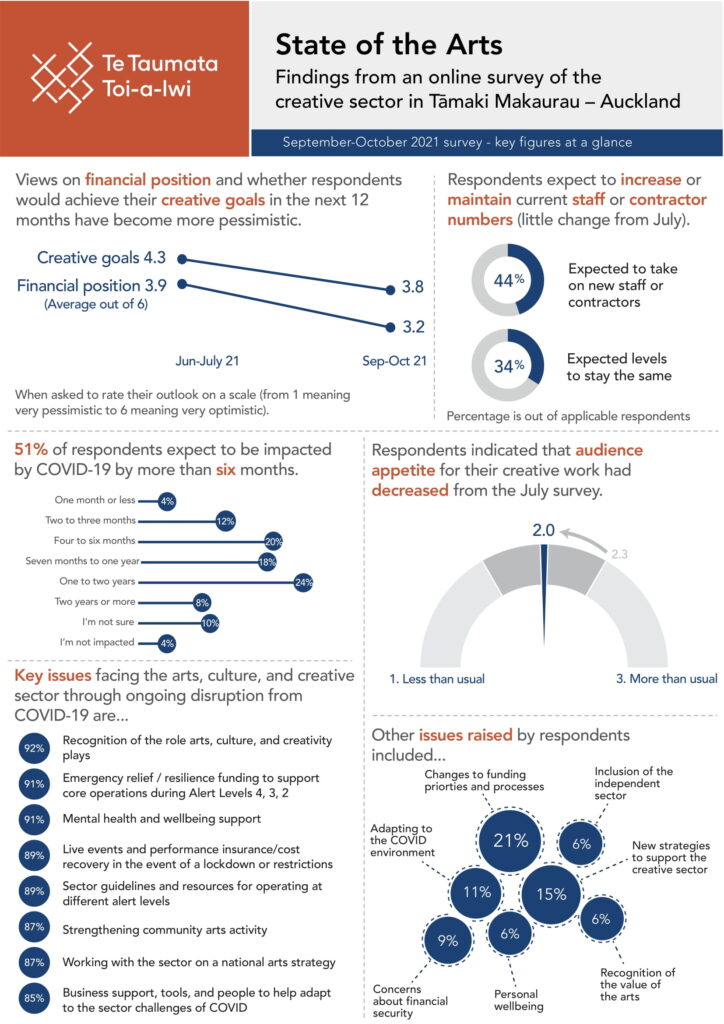 DOWNLOAD FULL REPORT AS PDF
BACK TO STATE OF THE ARTS